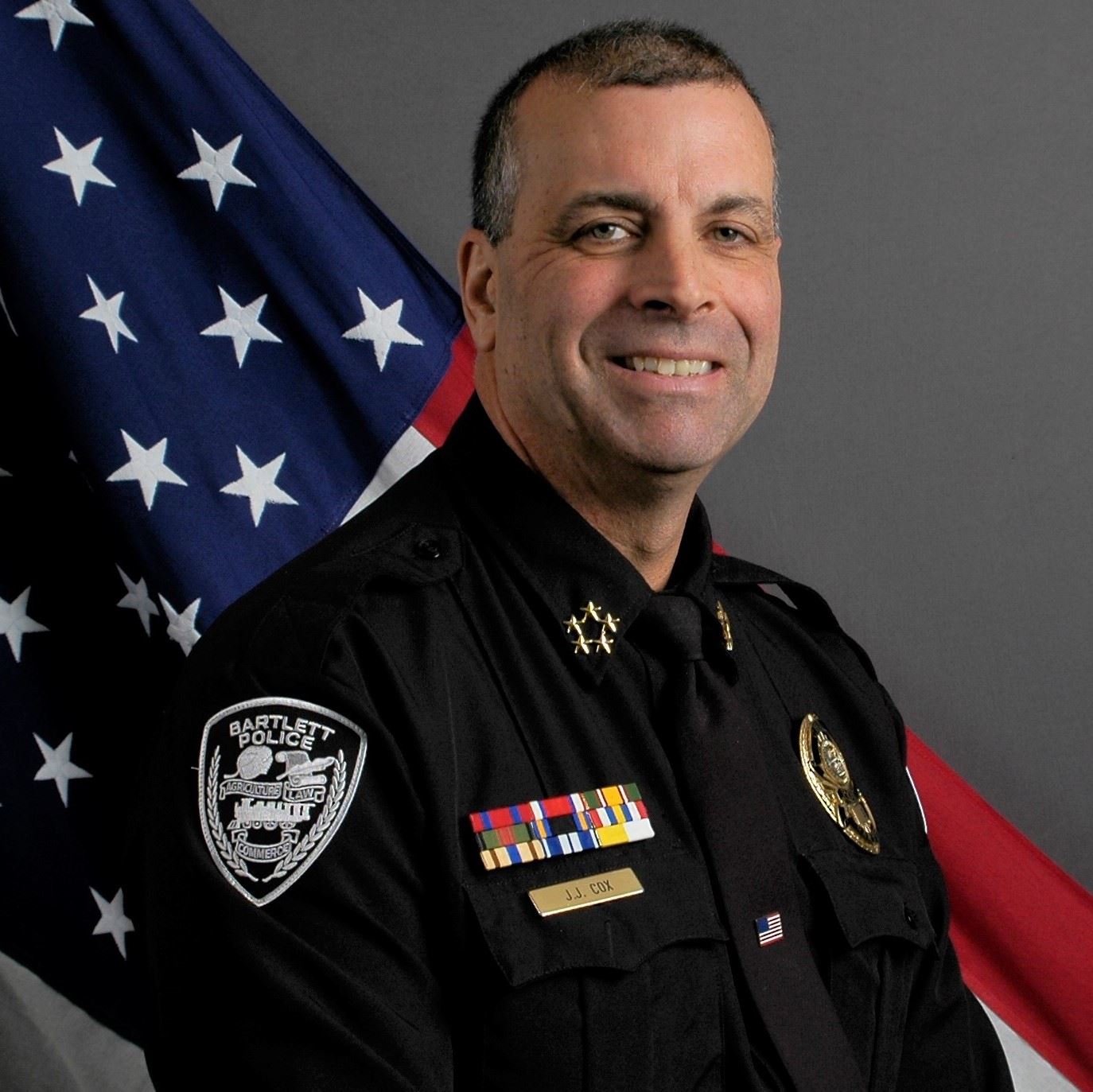 Chief Jeff Cox is a native of Bartlett and is a graduate of Bartlett High School, class of 1985. He began his career with the Bartlett Police Department in January 1989 when he was sworn in as a Police Officer. Chief Cox was promoted to Detective in April of 1993 and in April 2003 Chief Cox was promoted to Lieutenant.  He was appointed to Chief Inspector by Mayor A. Keith McDonald in January 2008, where he commanded the Patrol Division. Chief Cox served as Assistant Chief from January 2019 until being sworn in as the Ninth Police Chief in the police department’s history in January 2020.

Chief Cox, during his career, has spent time working in the patrol division. He spent most of his time in the Bartlett Narcotics Unit as not only a case officer, but also a K-9 Handler. He was a member of the DEA drug task force from 1996 till 2001 before being transferred to the Investigative Services Division, where he worked until being promoted to Lieutenant. Chief Cox has had many roles in the department while progressing through the ranks of the police department. Chief Cox was Officer of the Year in 1994.

Chief Cox holds a bachelor’s degree in Organizational Management from Crichton College and a Master’s Degree in Christian Studies from Union University.

Chief Cox is a graduate of the 246th session of the FBI National Academy.