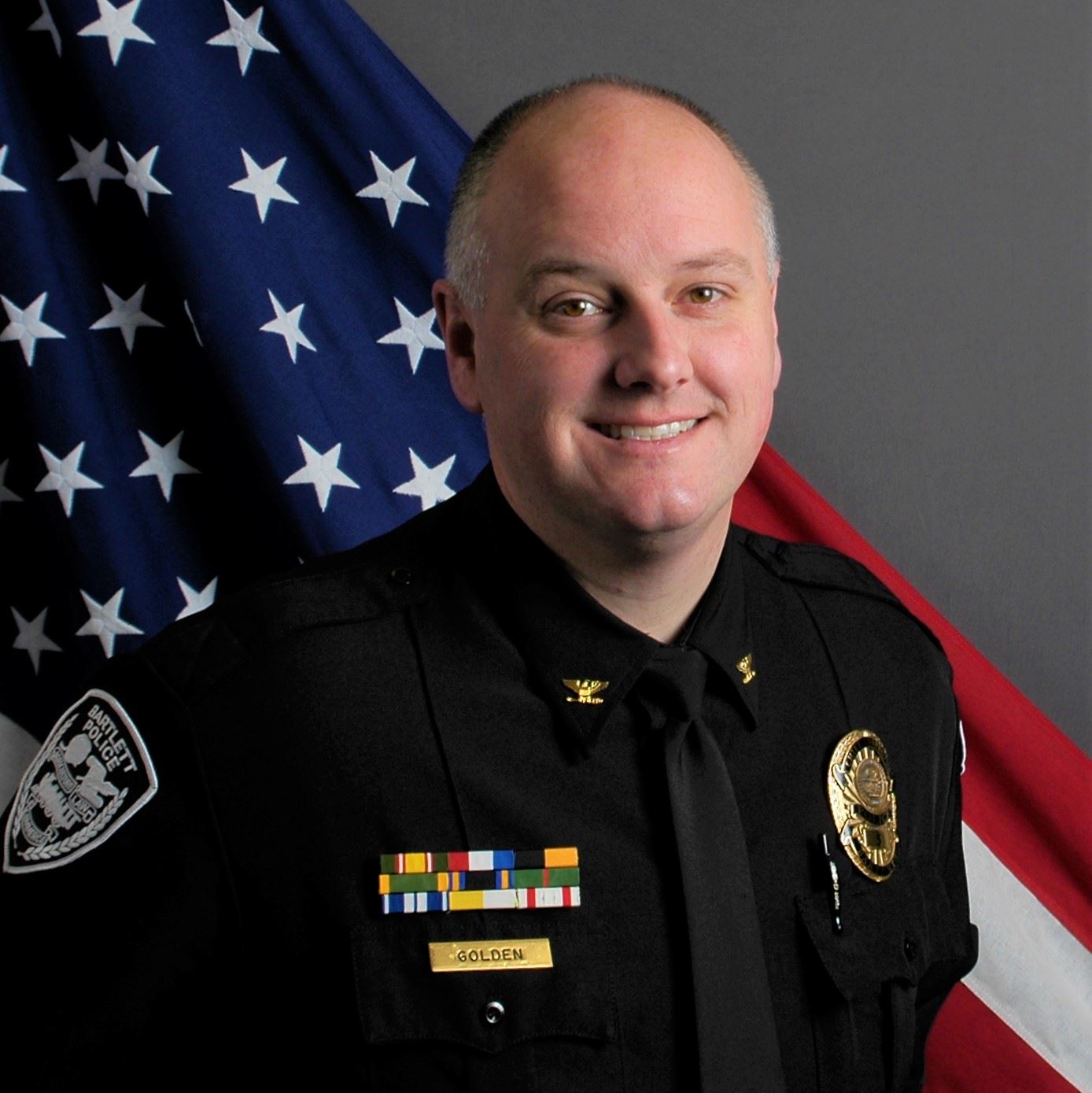 Assistant Chief Chris Golden has worked or lived in the City of Bartlett for over 30 years and is an 18-year veteran of the Bartlett Police Department. He began his career with the department as a Jailer in 2004 and became a Patrolman in 2005. While assigned to the Patrol Division, he served as a Field Training Officer and Crime Suppression Unit member.

In 2010, he was promoted to the position of Detective, and in 2013 to the rank of Lieutenant. As a Patrol Lieutenant, he served as the supervisor of the Crime Suppression Unit, the Field Training Officer Program, and the Patrol Crime Scene Technicians. He was promoted to Captain in 2018 where he served as the Communications and Jail Administrator.

In 2019, he was appointed to the rank of Chief Inspector. During this tenure, he proceeded to serve as the commanding officer over the Investigative Services Division followed by the Patrol Division. In January 2023, Mayor David Parsons appointed him to the rank of Assistant Chief of Police.