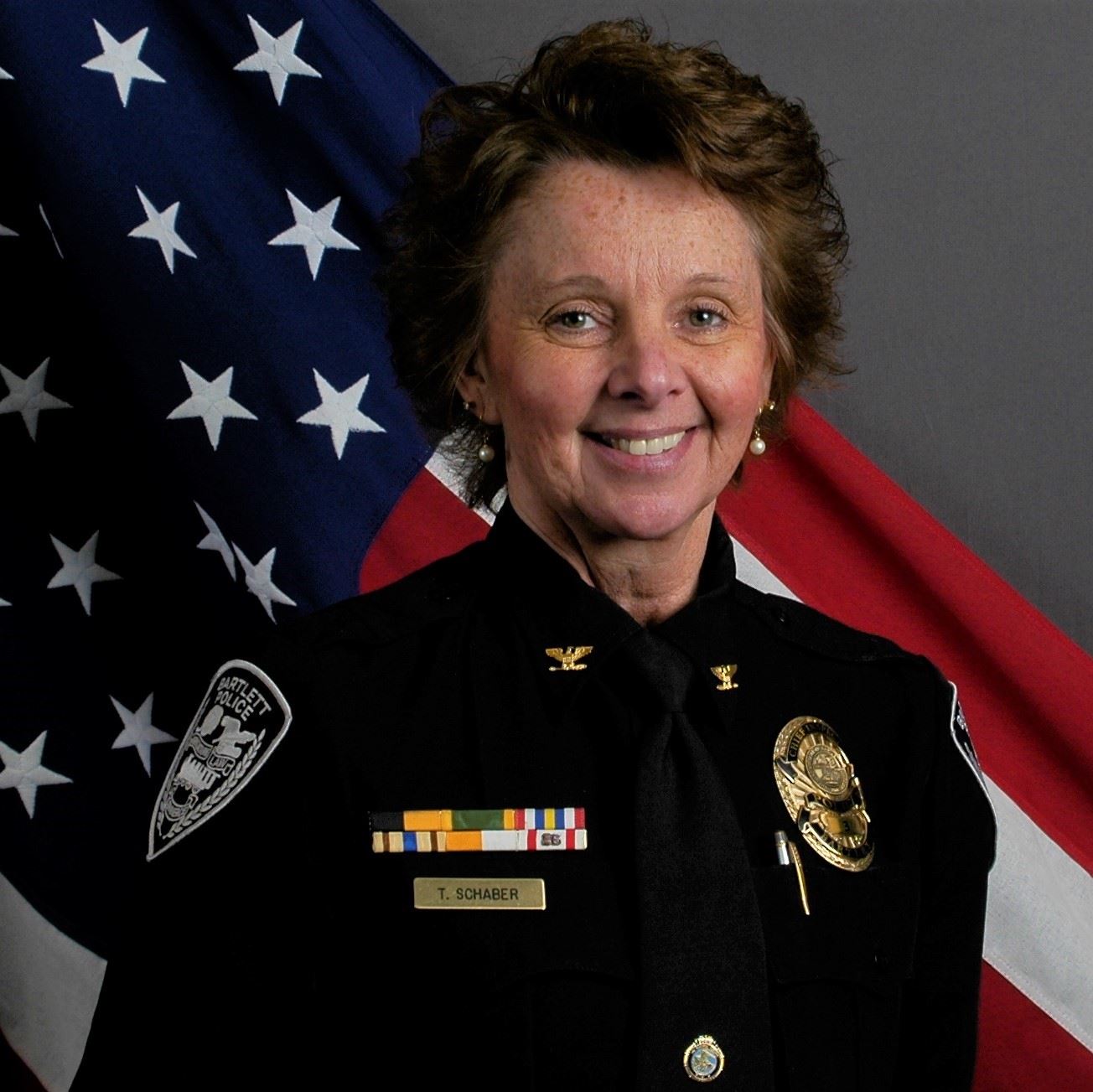 Chief Inspector Tina Schaber is a resident of Bartlett and began her career with the Police Department in 1991 as a Dispatcher.  She has held many positions within the department during her tenure.  She transferred to the Patrol Division in 1994.   She was the first female officer in Bartlett to attend and graduate a police academy.   While serving in the Patrol Division she was selected as a Field Training Officer and assisted with the new recruit testing process.  She was promoted to Detective in 1996 and served in the Department’s Detective Division for over 16 years as a Detective, Lieutenant (2000) and then a Captain (2007).  As a Captain she was assigned to the Patrol for a short period and then came full circle by returning to the Dispatch/Jail Division in 2010.

After a quick return to Patrol in 2014, she attended the FBI’s National Academy Session #256 and returned to the Department as the Administrative Captain.  In July 2018, she was appointed to Chief Inspector over Training and Dispatch/Jail by Mayor A. Keith McDonald.

She holds a BA Degree in Criminal Justice from the University of Arkansas and a Master’s Degree from Bethel University.