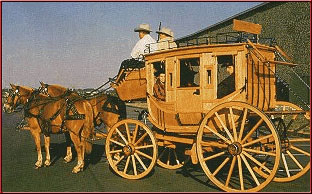 The community from which the City of Bartlett grew was first called Union Depot. It was the last major way station in Tennessee along the stagecoach route from Nashville westward and came into being about 1829. When the Memphis & Ohio Railroad took the place of the stages, Bartlett continued as a depot. This was a farming community, with major plantations along Stage Road.

In 1846, the oldest building remaining in Bartlett, Cedar Hall, was built. It is located at 3712 Broadway Road. It is on the National Register of Historic Places. Cedar Hall is now a Bed and Breakfast and is available for rental.

In 1866, with a population of less than 100, the city was officially incorporated and the name changed to Bartlett. It was named for Major Gabriel M. Bartlett, a planter, whose homeplace was located on the old Raleigh-Somerville Road (Stage) at the present location of Bartlett Station Plaza.

In the reconstruction era after the Civil War, Bartlett escaped much of the post-war turbulence and revolt. In 1871, the Nicholas Gotten House (2969 Court Street), a white frame house in the New England saltbox style, was built by Nicholas Gotten, a Civil War veteran. The house later was purchased by the city and was dedicated as a museum in 1990. The house was entered on the National Register of Historic Places on March 20, 2002.

During the years 1870 through 1885, Circuit Court is held in a two-story building located on property belonging to Dr. Nicholas Blackwell. When the Circuit Court moved its functions to Memphis, Dr. Blackwell gave the school board permission to use the building for a school. The school was chartered in 1885 and called Courthouse School. It drew pupils from neighboring counties and had an enrollment of +100 by 1887, when the population of the town was only 300. Bartlett was also the site of Masonic Collegiate Institute, one of the first institutions of higher learning in the area.

A new school is erected on a seven-acre tract of land donated by Mrs. B. R. Miller in memory of her father, Dr. Nicholas Blackwell, for whom the school was named.

As an indication of the autonomy and community spirit of Bartlett, all male citizens ages 18 to 45 are required to spend eight days a year building and repairing roads.

The business district of Bartlett suffered three disastrous fires, the last in 1924.

The first women is elected to serve on the town board are Mrs. Leona Gotten, Miss Louise Miller, and Miss Dora Gholson. A community library opens and is later incorporated into the Shelby County Library system.

The Fire Department is established by ordinance. The first large supermarket, A & P, opens on Stage at Elmore Park Road.

In 1982, the Bartlett Historical Society was chartered. The Society obtained permission from the City to refurbish the Gotten House as the home of the Society and a museum, and it was leased to the Society for fifty years. On October 17, 1990, the museum was formally dedicated to the city.